In April of 2017, ex-US President Donald Trump dropped the Massive Ordnance Airblast Bomb (MOAB) on ISIS. It was the the largest non-nuclear bomb and was nicknamed Mother Of All Bombs (also MOAB). The military operation was successful as it ended up eliminating over 30 ISIS terrorists.

Now last night, Gold broke out after one of the biggest consolidations that we’ve seen in the recent history in commodities. And we’re pretty excited about the potential and we’re naming it the Mother of All Breakouts, especially given the overall state of the economy.

It’s saddening to think that the majority of the population is unaware of the crisis brewing in the global economy. We at The Logical Traders have been shouting it from the rooftop for a long time. But I’ll repeat it again anyway:

2022 is going to be a year of shortages and protests across the globe.

We’re heading full speed ahead towards an inflationary collapse and most people are not ready for it. All prices are driven by supply and demand, so if there’s a shortage of things (food, oil, metals etc.), the prices are only going to go up. Way, way up.

You think petrol & diesel are expensive now? Wait a few more years when oil price goes to $150 or even $200 per barrel (in our humble opinion, of course).

But we’re prepared for it nonetheless and will try to do our best to profit from it. 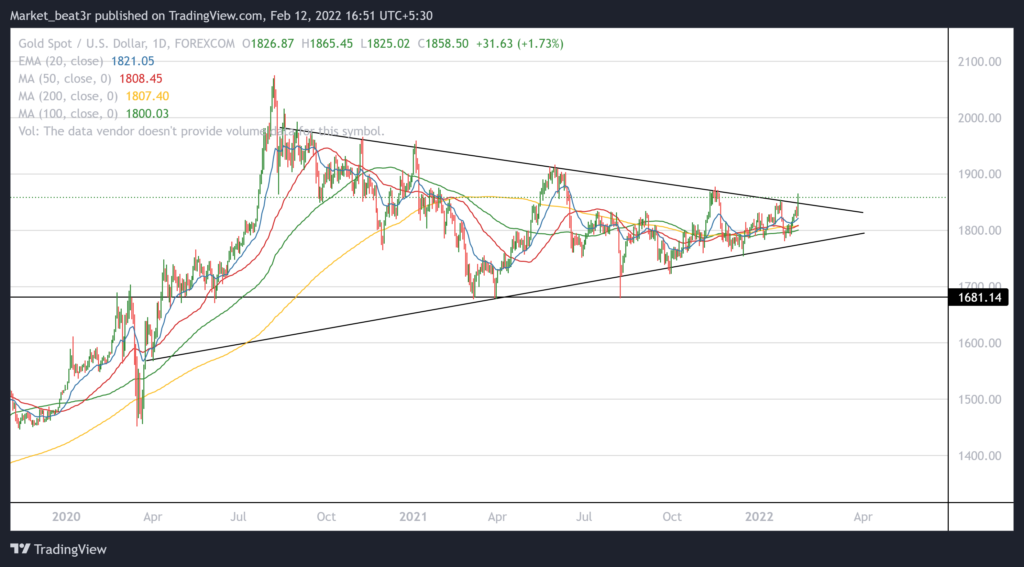 This consolidation in gold is a thing of beauty. Gold has been coiling up nicely between these two trendlines for over a year. And there’s a popular trading adage, “the bigger the base, the bigger the breakout.”

Now this article was supposed to go out yesterday, but since we were working on our email list, it got delayed. But the breakout happened after the commodities market closed in India, so it wouldn’t have made a difference anyway.

If you’ve gone through our Profitable Trading Masterclass course, you’ll now that we love to take trades that go against the crowd or the mainstream narrative. And it seems like the popular opinion around Gold right now is that it’s a dead investment. 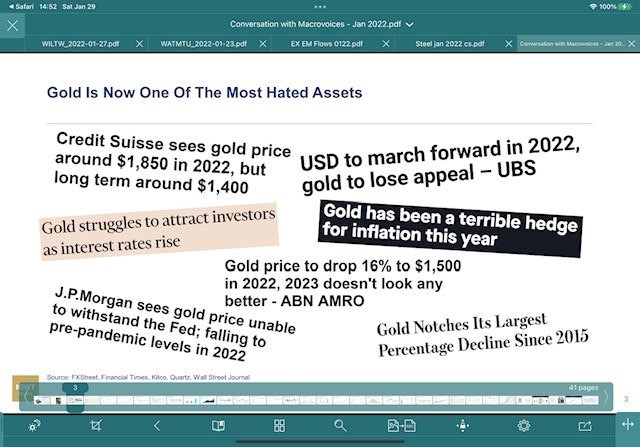 So much hate for gold makes me want to take a position right now. But I’ll have to wait till Monday when the markets open and hope Russia doesn’t invade Ukraine in the meantime.

It doesn’t seem to us that Vladimir Putin wants a war. Watch this video for reference.

The American media, however, is hellbent on convincing the public that an invasion is imminent. Maybe it is, you can never be sure. But our amateur analysis suggests that the war chatter is a distraction tactic for the Democrats.

The US midterm elections will be held in November and all 435 seats in the House of Representatives and 34 of the 100 seats in the Senate will be contested. And inflation is running so hot in the US—highest in over 40 years—that Democrats are almost guaranteed to lose a lot of ground to the Republicans.

Politicians can go to any lengths to be reelected and yes that includes pushing their countries into a useless war (fans on the TV show House of Cards would agree).

And although it’s unlikely, but if the US somehow forces Russia’s hand into a war—a proxy war or a full blown war—gold prices have nowhere to go but up.

This is one of our secrets when it comes to trading gold & silver.

“What the hell does this mean, Ayush?”

You can just compare the price of VanEck Gold Miners ETF (Ticker: GDX) to the price of SPDR Gold Trust (Ticker: GLD) on a charting platform like Trading View. 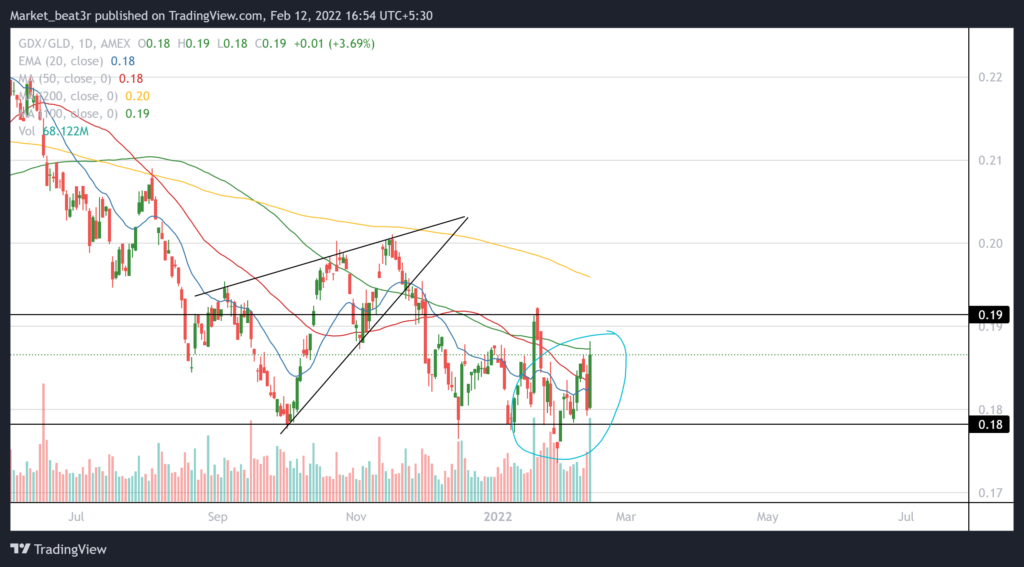 This is the ratio chart of GDX/GLD and it has been moving up over the last few days. So if this relation between gold and gold miners holds this time, we’re potentially looking at a massive, multi-month move in the price of gold.

Thank you for reading!